Will Arkansas Legalize Marijuana For Recreational Use In 2022?

This could be the year that Arkansas legalizes recreational marijuana. Or maybe it could be next year. However, if lawmakers won’t end the Reefer Madness, then voters are almost certain to do so in the 2022 general election.

The U.S. is slowly, state-by-state inching its way toward the legalization of marijuana on a federal level. At this time, fifteen states, Washington, D.C., and two U.S. territories have legalized marijuana. Also, twelve states have decriminalized mere possession, imposing civil fines and eliminating criminal penalties.

A valiant attempt was made to get a marijuana legalization initiative onto the 2020 ballot in Arkansas. However, the Covid-19 pandemic severely curtailed signature acquisition efforts. However, Melissa Fults of the Arkansas chapter of NORML (National Organization for the Reform of Marijuana Laws) said the organization is working tirelessly to ensure the proposal makes it onto the 2022 ballot.

The Brief History of Medical Marijuana In Arkansas

As in other U.S. states that have legalized marijuana, the state’s medical marijuana program laid significant groundwork for the full legalization of marijuana in Arkansas.

Arkansas has been historically notorious for its extreme marijuana laws. The state made all cannabis illegal back in 1923 and has been doling out highly punitive measures for simple possession ever since.

Although it took a few years to get up and running, medical marijuana has been legally available at local Arkansas dispensaries since 2019. In fact, more than 33,000 pounds have been sold since the legalization measures were initiated, generating more than $219 million in revenue.

At present, more than 66,000 state residents suffering from one or more of the 17 qualifying conditions have obtained an Arkansas medical marijuana card.

According to Arkansas Medical Marijuana Commission spokesperson Scott Hardin, as of Jan 19, 2021, the fledgling medical marijuana industry has raked in an impressive $22.9 million in tax revenues.

Also, back in 2017 Arkansas legalized the production of hemp. Then in 2018, CBD oil derived from the hemp plant was granted legal status. (Interestingly, both events happened before the federal government legalized hemp.)

VIDEO: The History of Marijuana in Arkansas

As advocates move forward with an Arkansas recreational marijuana legalization initiative, legislators are taking the vast economic benefits into consideration. Under the proposed legislation, a 10 percent sales tax could be levied on all cannabis products. In addition to supporting the ongoing regulation of the cannabis industry, the resulting revenue may potentially fund pre-kindergarten programs and the University of Arkansas for Medical Sciences.

Fults anticipates that if a bill were to reach the floor, it’s likely that alterations will be made. She also maintains that “The legislature is more interested in what they get out of it than what the people get out of it.” 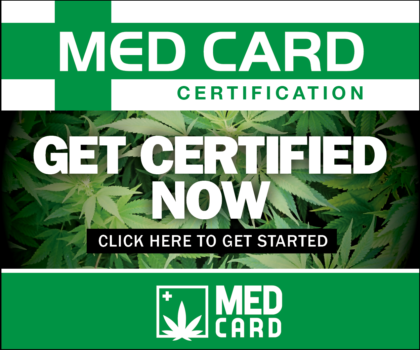 Another option being considered is the decriminalization of marijuana in Arkansas. If Arkansas follows through on the decriminalization proposal, simple possession of fewer than two ounces would be classified as a civil offense. The new law drafted by John Wesley Hall, would potentially incur a $100 fine with no arrest or suspension of driving privileges.

Presently in the state of Arkansas, possession of fewer than four ounces of marijuana is categorized as a Class A misdemeanor. For first offenders, this offense may be punishable with up to a $2,500 fine or up to one year in prison.

Possession of four ounces to ten pounds of marijuana, even for first-time offenders, is considered to be a Class D felony according to Arkansas law. This offense may be punishable with a $10,000 fine or up to six years of incarceration.

Decriminalization And Social Justice In Arkansas

Arrests for marijuana possession have significantly declined in U.S. states that have decriminalized or legalized marijuana. Shockingly, however, according to another ACLU report, Arkansas indicated a 50 percent increase in marijuana arrests between 2010 and 2020.

In 2019, according to statistics from the Arkansas Crime Information Center, law enforcement handed out more than 10,000 marijuana possession charges statewide. However, in a report by the ACLU, a significant number of racially-motivated discrepancies were indicated. The studies showed conclusively that black citizens in Arkansas were 2.4 times more likely to be charged with marijuana possession than their white pot-possessing counterparts.

Holly Dickson, the Executive Director of the Arkansas ACLU stated in a recent email: “The injustices of the failed ‘War on Drugs’ have fallen disproportionately on Black Arkansans and Arkansans with lower incomes. The ACLU of Arkansas supports full legalization of marijuana use and possession, and laws such as the federal MORE Act or Illinois’s reform bill that would review prior convictions, grant clemency and ameliorate harms caused by these convictions.”

NORML’s proposals would not effectively expunge records for residents of the state with prior convictions for possession of marijuana.

At this time, Republicans in the Arkansas House of Representatives hold 78 of 100 seats, as well as 28 of 35 seats in the state Senate. Democrat Representative Vivian Flowers fully supports the proposals, however, she recommends that a Republican should be the main sponsor.

In regard to the passing of the proposal, Fults maintains a realistic outlook. “We are desperately trying to find a Republican,” Fults said. “I have a couple of them that are interested. I don’t know if they are going to have the guts to do it. With our ultra, ultra-conservative legislature, it will probably end up having to be a ballot initiative, But we are talking to some legislators that are strongly considering a full legalization or a decrim [decriminalization bill].”

Fults goes on to say: “The group is using the language from the proposed 2020 ballot measure as a template for a bill that would fully legalize cannabis in Arkansas.”

Wesley Hall, the attorney who drafted the decriminalization proposal, believes that Arkansas will eventually embrace the full legalization of marijuana. Hall said he thinks “it’s inevitable Arkansas will get to recreational in six to eight years.”

At this time few people are willing to wager that the Arkansas legislature will legalize marijuana in 2022. A decriminalization bill is far more likely to make it to the floor for a vote. Decriminalization would benefit citizens and allow the state to redirect the resources currently being spent on the enforcement of marijuana laws. However, there’s really nothing in it for Republican lawmakers in Arkansas.

If neither legalization nor decriminalization legislation is passed in Arkansas, then there’s a good chance that Arkansas voters will take it upon themselves to end the Reefer Madness.

VIDEO: How the marijuana industry in Arkansas is complicated